Lostfilm.tv Russian torrent tracker specializes on movie and TV series torrents. It is the largest library of torrents with TV series from Russia and it is also having available TV series torrents in foreign languages translated into Russian language. Latest episodes appear surprisingly quickly after the premiere at Russian TV satellite channels. This would be the first place where to look for favourite TV series torrents in Russian. To download torrents, have to be a registered user. 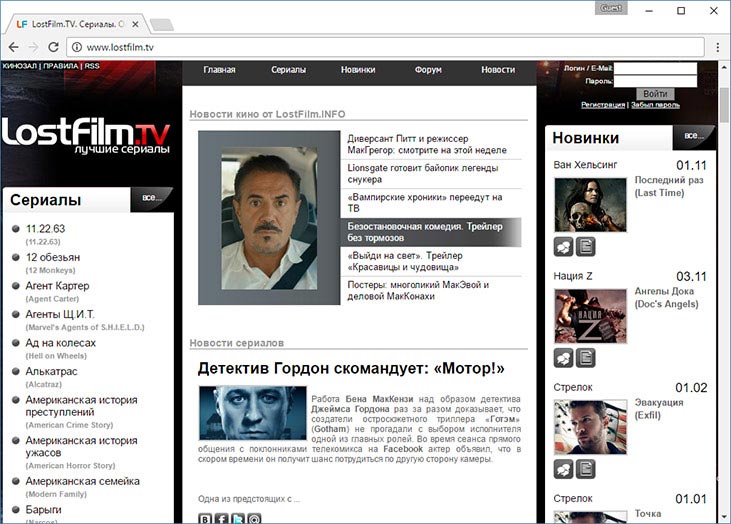